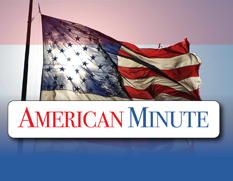 The 14th Amendment was adopted JULY 28, 1868, because southern States, though forced to end slavery by the 13th Amendment, did not grant citizenship to freed slaves.

Southern Democrat Legislatures passed Black Codes and Jim Crow Laws, requiring freed slaves to be "apprenticed" to "employers" and punished any who left.

"The reason for the adoption [of the 14th Amendment]...was because of...discriminating...legislation of those States...by which they were punishing one class of men under different laws from another class."

"I repel the suggestion...that the Amendment will...take away from any State any right that belongs to it."


Yet after the Amendment was ratified, activist Federal Judges, applying evolution to the legal process, did just that, as Thomas Jefferson had forewarned Charles Hammond in 1821:
"The germ of dissolution of our...government is in...the federal judiciary...working like gravity by night and by day, gaining a little today and a little tomorrow...until all shall be usurped from the States."


The 14th Amendment soon became a door by which Federal Courts took authority over trade disputes, union strikes, and eventually religion, away from States' jurisdiction.
In his Commentaries on the Constitution, 1833, Justice Joseph Story explained the pre-14th Amendment view of "separation of church and state" was to limit the Federal Government:

"In some of the States, Episcopalians constituted the predominant sect; in other, Presbyterians; in others, Congregationalists; in others, Quakers...

The whole power over the subject of religion is left exclusively to the State governments, to be acted upon according to their own sense of justice and the State constitutions."

"The people of Massachusetts and Connecticut are mostly Presbyterians...In Rhode Island, the tenets of the Baptists, I believe, prevail. In New York, they are divided very much; the most numerous are the Episcopalians and the Baptists. In New Jersey, they are as much divided as we are. In Pennsylvania, if any sect prevails more than others, it is that of the Quakers. In Maryland, the Episcopalians are most numerous, though there are other sects. In Virginia, there are many sects...

I hope, therefore, that gentlemen will see there is no cause of fear that any one religion shall be exclusively established."

"The Christian religion is, of course, recognized by the government, yet...the preservation of religious liberty is left to the States."

"In matters of religion I have considered that its free exercise is placed by the Constitution independent of the powers of the General Government.

I have therefore undertaken, on no occasion, to prescribe the religious exercise suited to it; but have left them, as the Constitution found them, under the direction and discipline of state and church authorities by the several religious societies."

"I consider the government of the United States as interdicted by the Constitution from intermeddling with religious institutions, their doctrines, discipline, or exercises.

This results not only from the provision that no law shall be made respecting the establishment or free exercise of religion, but from that also which reserves to the states the powers not delegated to the United States [10th Amendment].

Certainly no power to prescribe any religious exercise, or to assume authority in religious discipline, has been delegated to the General government. It must then rest with the States as far as it can be in any human authority...

I do not believe it is for the interest of religion to invite the civil magistrate to direct its exercises, its discipline, or its doctrines...

Every religious society has a right to determine for itself the times for these exercises, and the objects proper for them, according to their own particular tenets."

"Probably at the time of the adoption of the Constitution...the universal sentiment in America was, that Christianity ought to receive encouragement from the state so far as was not incompatible with the private rights of conscience and the freedom of religious worship.

Any attempt to level all religions, and make it a matter of state policy to hold all in utter indifference, would have created universal disapprobation, in not universal indignation."