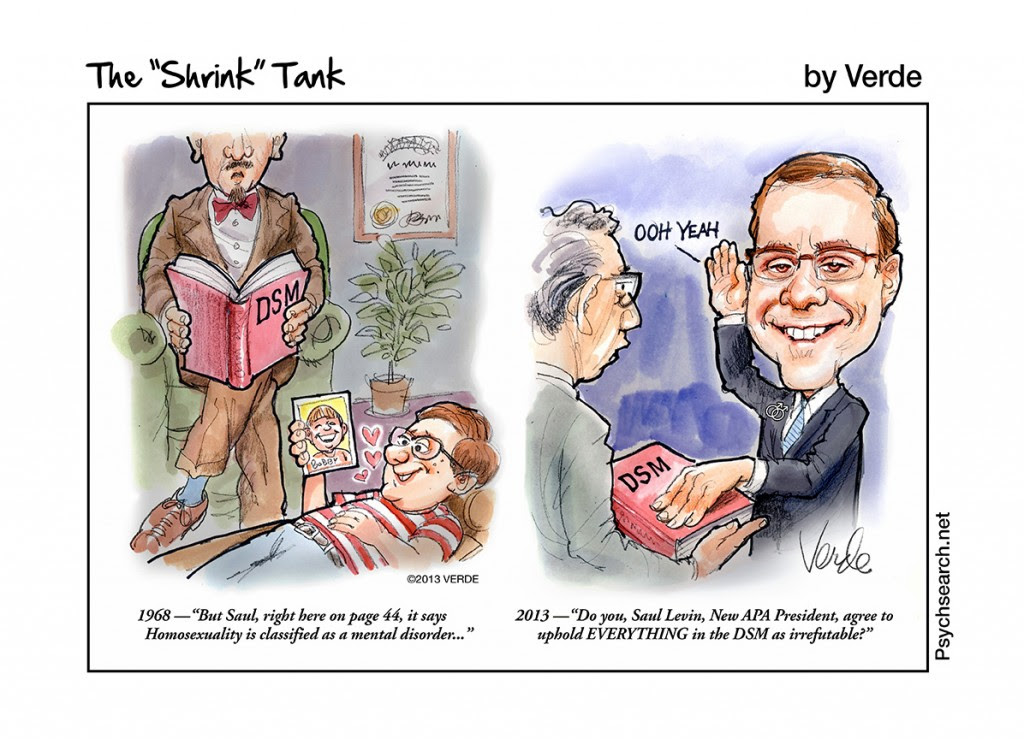 We have a new feature at PsychSearch.net.  You can find it by clicking on "Verde", top right here: http://www.psychsearch.net/
(you can see higher resolution cartoons there)

I have noticed contradictions with psychiatrists.

They use biological methods (drugs) to treat mental “disorders”, yet they do no biological testing, i.e. blood, urine, brain scans or brain biopsies to confirm the need for drugs.

Psychiatrists hired by prosecutors to testify usually claim that a criminal is sane and the psychiatrist for the defense usually claims he is insane. I don’t see how judges with integrity can tolerate this. I guess they are bound by legal precedence but it sure would be nice to hear judges say what’s on their minds about this.

The word “psychiatry” comes from the Latin word “psychiatria” which means “a healing of the soul”, yet psychiatrists are fixated on drugging the body. I think it is more fitting that they be called alienists as they were called until the middle of the twentieth century.

They have been studying “the brain” for as long ago as anyone can remember but all they have come up with is that the human brain is vast, complex and is a great mystery.

Psychiatrists recently are catching hell for their Diagnostic and Statistical Manual and that’s where another contradiction comes from.

Homosexuality was listed as a mental disorder in the DSM (see page 44) but after psychiatrists were ridiculed and pressured by gay activists, the membership of the American Psychiatric Association voted in 1974 to remove it from the DSM. So, here we have a folly of a science which claimed that homosexuality was a mental disorder, buckled under political pressure, removed homosexuality from their Bible and then in 2013 crowned a gay man, Saul Levin, as their new American Psychiatric Association chief executive officer and medical director.

You could probably come up with other contradictions. I’d be happy if you emailed them to me: records@psychsearch.net

link to the commentary…