We'd like to call this "one of the dumbest corporate PR stunts of all time," but someone already beat us to the punch.

The CEO of one of America's food giants, whose products you likely feed your children, has put his company on the line by coming out in opposition to Minnesota's traditional marriage initiative.

Defeating the measure, he says, is necessary to keep the company competitive. Otherwise, it will be harder for the Minnesota food producer to retain talented workers.

Really. He said it with a straight face ... 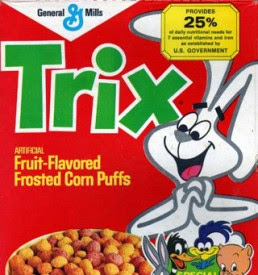 General Mills cereal company adopts 'gay marriage'
'This will go down as one of the dumbest corporate PR stunts of all time'
by Dave Tombers
6-16-2012
WND
Posted by Leonard Henderson at 9:42 AM