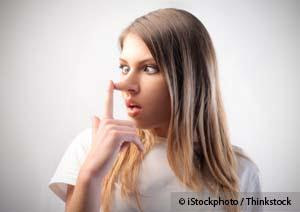 In evaluating the traits of a good leader, more than half of the respondents to a Pew Research poll said honesty was absolutely essential.

Being honest was the most important trait identified, which just goes to show you how highly honesty is valued in our society, or sadly, how it has become a rarely possessed quality by people in positions of leadership. Yet, how honest are you, really?

Have you ever lied or cheated, even just a little? An intriguing new study by Dan Ariely revealed that virtually everyone has the capacity to lie sometimes, but surprising circumstances make it much more likely. If you’ve ever wondered how there can be so many “corrupt” people in government or in corporations like the drug companies, this research provides a clear explanation …


Which sure explains why CPS is so utterly corrupt and CPS agents are such pathetic sociopathic lying freaks.
Posted by Leonard Henderson at 10:26 AM