'SELLING PORNOGRAPHY TO KIDS AS SCIENCE' 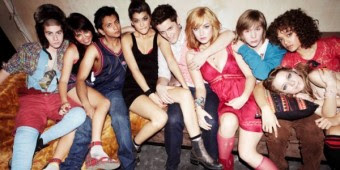 The American Life League, or ALL, has seen enough of Planned Parenthood’s materials for children to conclude the nation’s leading abortion provider is deliberately pushing kids toward sexual activity in order to drive up its business.

ALL, which calls itself the largest grassroots Catholic pro-life education organization in the United States, has produced a video report that contends Planned Parenthood has gone well beyond teaching kids about healthy human sexuality to purposefully exposing them to pornography in order to get impressionable young minds “hooked” on sex.

FULL STORY
http://www.wnd.com/2012/02/selling-pornography-to-kids-as-science/
Posted by Leonard Henderson at 8:37 AM