The Politics of Self-Destruction


"...It took many generations for our Republic to devolve from its once great status as a beacon of Liberty for the world, into the debased and lawless socialist state it has now become. Thus, it will take more than a few election cycles to correct decades of insult to our Constitution and our Founders' legacy.

To avoid the politics of self-destruction, we must unite. We must forcefully rebut Obama's socialist propaganda and beat back his agenda to "fundamentally transform" our nation by subverting and supplanting Liberty with Democratic Socialism. If we fail to unite, the inevitable outcome will be tyranny..." 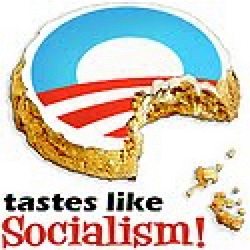 Posted by Leonard Henderson at 9:17 AM